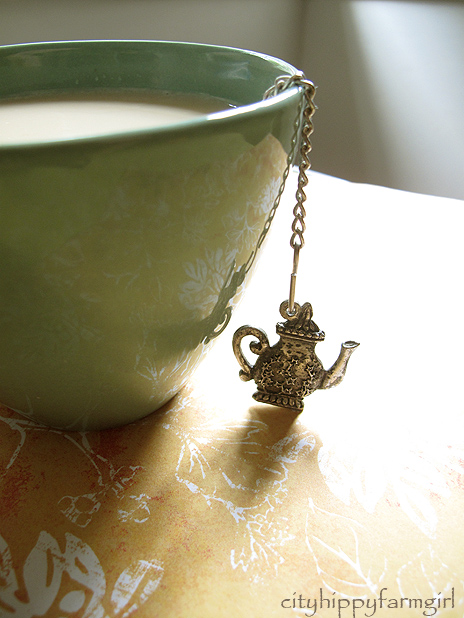 Looking out at the fat rain drops quickly soaking my washing on the line. I was thinking two things. One, well that was a really bad call. Apparently it wasn’t going to fine up and the washing would not be ok to put out as I had confidently told Mr Chocolate. Two, how can a man with just a slight raise of the eyebrow say so many things, namely… I told you so, so easily?

Actually make it three… how do those raindrops get so big?

It’s been a bit of a tiring week.

There has been a lot of comfort taken in that green tea cup filled with chai this week. The dangling tea infuser is one of those little things that I enjoy filling and then quietly plopping it into hot water. Watching the water slowly change colour. A tiny thing where it’s as much about the process as it is the taste.

Counting down the days until I see the skin of my boy’s little legs again.

19 thoughts on “chai and raindrops”