It’s Cinnamon Bun Day (4th of October) and I’ve been thinking. Wouldn’t it be nice if everyone made a batch of kanelbullar, organised to meet at a favourite park, took the freshly baked cinnamon buns down to said park and maybe spend a relaxed afternoon with your favourite people who make you laugh?

I am. Now if only I’d thought of it a little earlier.

Luckily any day can be Cinnamon Bun Day, you don’t have to wait until the 4th of October to bake these cinnamon sweet bready treats. 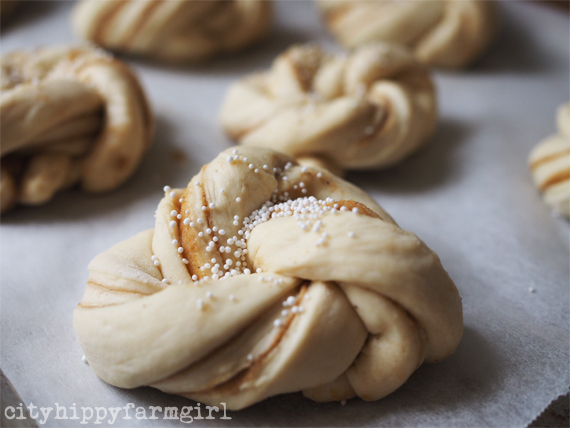 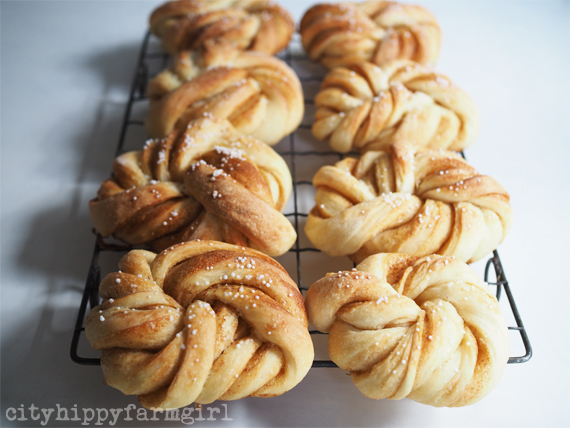 Have you tried them? Want to give them a crack?

Add all dough ingredients together, mix well and then knead until dough is elastic on a lightly floured surface (I use my mixer.)

Dough should be well incorporated and feeling smooth.

Pop the dough back into the mixing bowl and leave to prove for a couple of hours, with a fold or two in between, (or covered and over night.)

On a lightly floured bench, roll the dough out to a rough rectangle, add cinnamon mixture and cut into portions. Twist, roll, decorate in your favourite way then, line on a tray and bake at 190C for approximately 15-20 minutes (depending on the sizes.)

Any day can be Cinnamon Bun Day