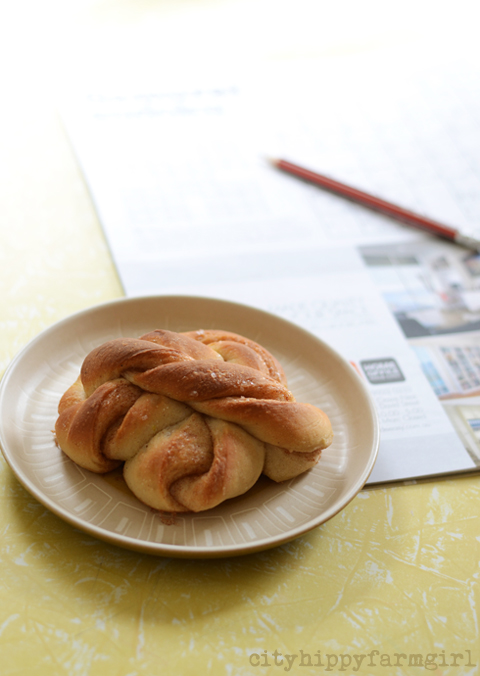 Last year after seeing multiple blogs and Instagram pictures from Scandinavian bakers, I was determined to give those twisted cinnamon buns a crack. A whole year zipped by and  before I knew it, my Instagram feed was filled with the twisty kind of buns that I had so longed to make.

My Nordic ship had sailed again.

Despite being Australian and without any strong Scandinavian heritage to speak of, I still like to imagine that I perhaps could be, (if I screw my eyes up nice and tight.) I’m happy to  mutter words like reindeer, knekkebrod, Marimekko, snow, Moomin’s, northern lights and Figgjo. If I added making cinnamon buns on Cinnamon Bun Day (October 4th) than that pretty much made me half Scandinavian didn’t it?

Well it would have if I had remembered to bake that particular day, (I blame the Aussie heritage for this forgetfulness.) With a pouty lip and crossed arms I mentioned similar words to my favourite pregnant Norweigen goddess. She helpfully reminded me that any day could be Cinnamon Bun Day…and that was good enough for me. 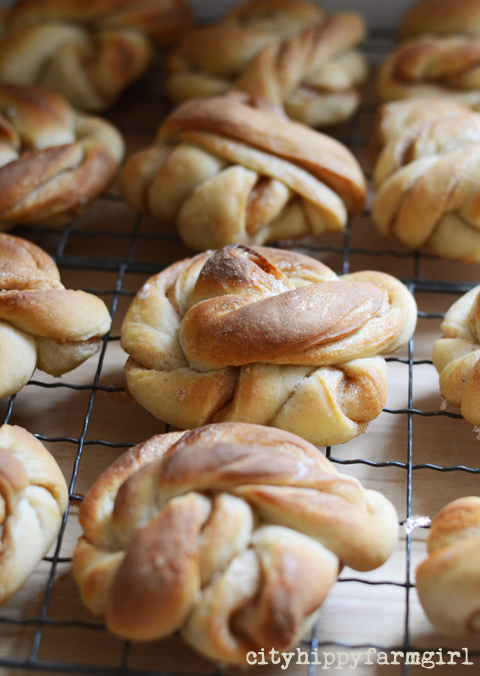 Add starter, yeast and water together in a bowl. Whisk and leave for an hour or so. Mix remaining ingredients together and then knead until dough is elastic (I use my mixer)  on a lightly floured surface or until well incorporated and dough is smooth. Leave to prove for a couple of hours, with a couple of knock backs in between, or pop dough in a bowl, cover and leave overnight in the fridge. Roll the dough out to a rough rectangle, add cinnamon mixture and then divide rectangle in half. Gently give it a quick roll and then divide the dough into long strips. Have a look at this video on how to roll them.

For my knekkebrod recipe see here

35 thoughts on “any day can be Cinnamon Bun Day”