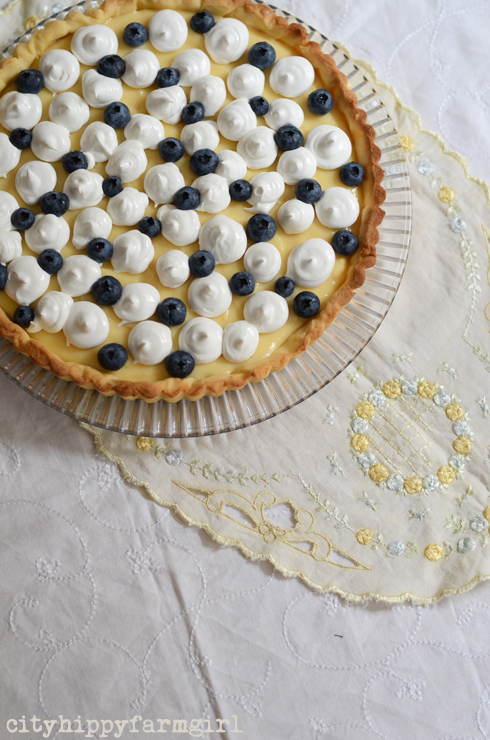 My grandmother once told me she used to make a sponge cake each year for her own birthday cake when her kids were young. That’s what they all loved to eat, so that’s what she would make, she said over a pot of tea one day. Kind and generous yes, and certainly in keeping with a birthday spirit. But… my 83 year old grandmother doesn’t like sponge cake. She never has.

It was probably never going to be a problem that I would have. Committed to my kids taste buds, of course. I frequently catered to their often under ripe taste buds. But committed enough to make them (me) a sponge cake? Oh hell no, (I don’t like them either.)

Several people offered to make me a birthday cake this year. I said that was so very kind, and then politely declined though. You see, I love making my own cake (or tart as the case may be.) It’s the one time of the year, I can make something exactly to my own taste buds. No chocolate, no lollies, no cream… no sponge cake.

For this years birthday I had lemon meringue pie on my mind, and I’d been planning it ever since the last time I had made it, (with added blueberries for good measure.)

“…but it’s not a proper birthday if there isn’t cake,” declared an unsure little voice.

“Piffle,” I said confidently, “How exciting will the little soft sweet white peaks of cloud like meringue look in amongst a few candles.” Birthday’s can be anything you want it to be, that’s the wonderful thing about birthdays.”

I kept that close in mind when I decided I would like wholemeal spelt pancakes, blueberries, mangoes, crackers and cheese for dinner as well…anything I want it to be, right?

And as my still fairly recent tradition of making something meringue-y for my birthday continues, so does my recipe list.

A Rather Tall Birthday Cake 2010