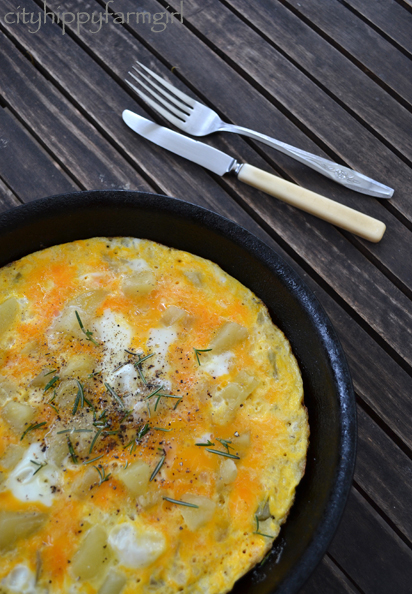 Tapas is one thing that Mr Chocolate has a real soft spot for. Anything that involves small dishes being brought to the table with lashings of olive oil over it, there is a good chance he’s straight in there with a fork at the ready.

Our first proper date was at a tapas restaurant. Dark walls, candle lit tables, and jugs of sangria dotted the various tables. Being fluent in Spanish, he encouraged me to try out some words he had just taught me on the wait staff. As my language skills at that stage were limited to “dos cervezas por favor”, any spanish chit chat on my part was questionable.

However the night was young, the sangria was good and my spanish got better. It wasn’t long before our table was littered with empty small dishes, and a smattering of olive oil drops. With satisfied bellies, the jug now empty, our conversation remained lively.

Sparks were flying and… (well, perhaps that’s a story for another day.)

Until then, how about an easy Tortilla de Patatas. 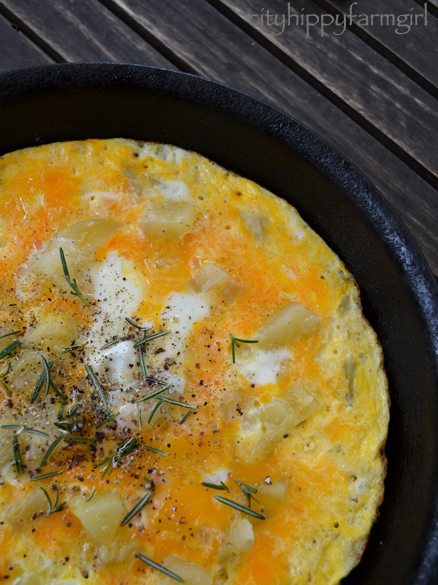 In a frying pan add

a good couple of slugs of olive oil

cook on a medium heat until it starts to cook on the edges. Then pop a lid on, lower the heat to cook for a further few minutes until cooked through. Season to taste.

eat with gusto, a glass of sangria and your very best Spanish pick up line

“Donde estas la zapateria?” (which is probably not your best pick up line.)