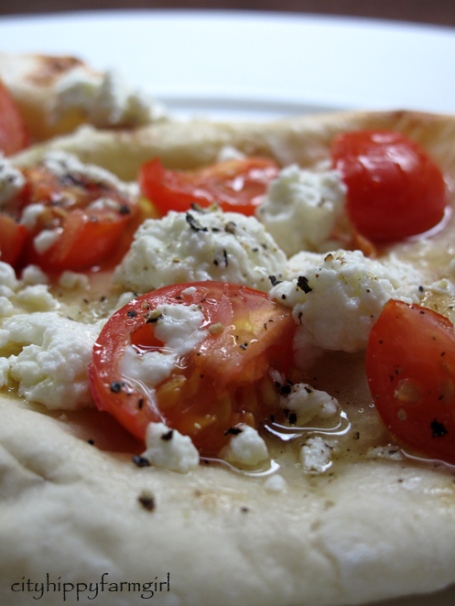 I’m having a bit of a goaty moment. Not the whiskers on my chin kind, but goat cheese. Otherwise known as Chevre. I had tasted a few really great goat cheeses while I was in Tasmania and I wanted to continue the love when I got home. However, I didn’t want just any old goat cheese. I wanted to see if I could find a great local one. A quick search, and hey presto…I found Willowbrae.

Willowbrae is a family run goat farm, based at the foothills of the Hawkesbury Valley. They produce a number of products; from an unsalted 8 hour cream, the very popular fresh curd, marinated fetta, and mould ripened cheeses.  Talking with David (at Fox Studio Farmers’ Market) who runs the front and back end of the business, (as he described) he milks the goats twice a day, while his wife and daughter do the cheesemaking. 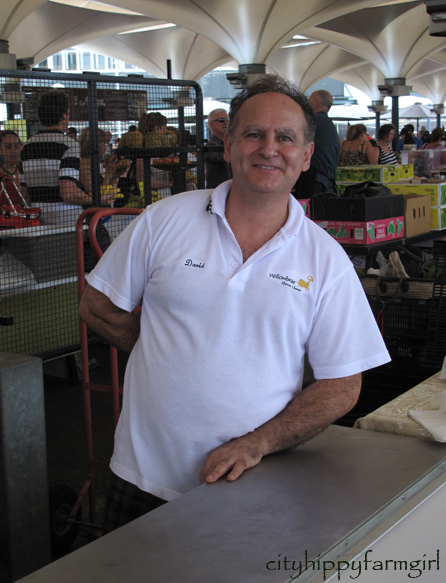 The more I try of goat cheeses, the more I like. The very popular fresh curd is subtle, creamy, and really soft on the palate. I find this kind of cheese is really versatile to play around with. Whether it’s teamed up with a savoury style dish or something sweeter. 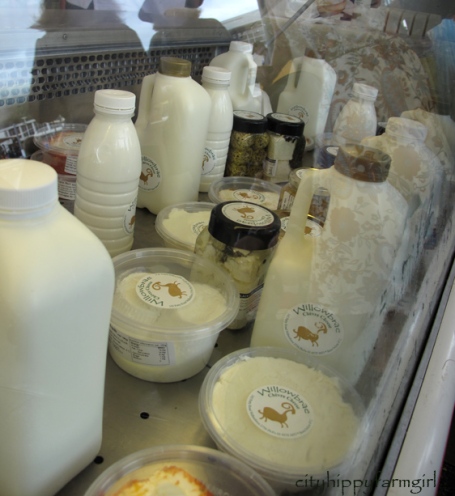 So what does Chevre mean? It translates as goat in French, and is a generic term used for any goat cheeses. Musing on this I wondered if Italians called Chevre…well Chevre. Apparently not. Caprino is their term for goat cheese. Again derived from the word capra, meaning goat. I kind of liked the sounds of caprino. (But then as many people before me have said…everything sounds better in Italian.)

Back to the Chevre. Where to buy some of Willowbrae’s delicious cheese? See here for market days and times.

And what to do with it once you have the tasty little goat milk goodness in hand?

First up, I quickly made up some sourdough flat breads. Some of my dad’s garden cherry tomatoes, (the sweetest I’ve tasted in years.) Some of the creamy chevre, and a drizzle of The Little General’s olive oil.

Simple, I know where it all came from and damn tasty.