This weekend we hippity hopped our way down to Sustain.

It was billed as a natural and organic lifestyle show with gardening workshops, cooking demo’s, yoga, meditation, a speakers corner, and lots of stalls. I was really looking forward to it, as was hoping that instead of going to ten different shops in order to get the products I like it would be all in the one spot, (plus discover a few more.)

There was a kombucha stall, where you could sample three different types of the naturally cultured brew. A family run business from South Australia, that is slowly expanding their market. These really were delicious and I hope more and more people start buying them. Can you imagine if people swapped their can of everyday soft drink for a bottle of kombucha instead? Ohhh, now there’s an idea. (As a side line, this lovely couple couldn’t sell any of their drinks on the day as Coca Cola owns the rights to the grounds in which Sustain was held… disappointingly ridiculous.) 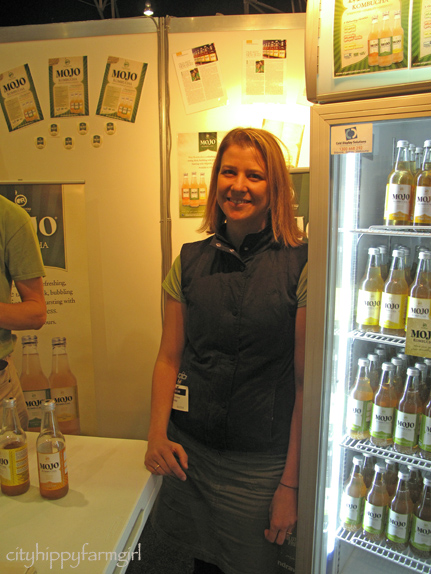 I finally got to taste some of the Nui chocolate. I had wanted to try this chocolate for quite a while, as it’s cocoa beans are sourced and fairly traded from Vanuatu. Cocoa beans are generally grown just 10 degrees either side of the equator which makes growing areas for such a valuable world resource highly sought after. Beans grown in Vanuatu have much smaller food miles for us here in Australia than say cocoa beans sourced from Africa or Central America. This chocolate isn’t cheap at $6.95 for 75g. But delicious it is, and they are apparently bringing out a dark version soon too. 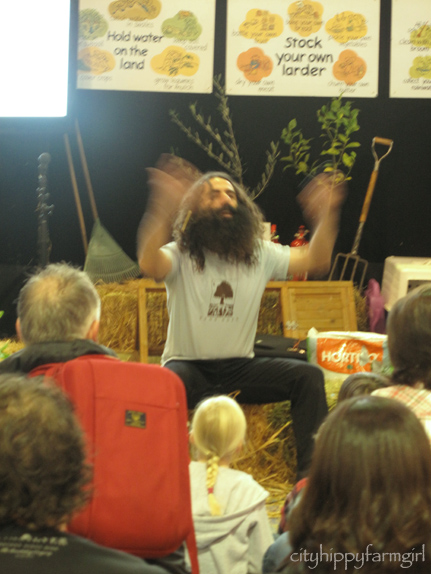 A lot of the usual suspects were there.

Everyone knows these days, all free range eggs are not created equal and you should look into what eggs you are exactly buying. Now if I was a free range chook I think I would like to live at family run Holbrook Paddock Eggs (or possibly Celia’s.) These grass roaming hens are moved twice a week along with their portable sheds, and following behind a herd of cows. There is a couple of maremma dogs to love and protect them as they do their chooky thing and quite frankly, I think their life sounds rather lovely. Happy chooks, happy eggs, happy belly. 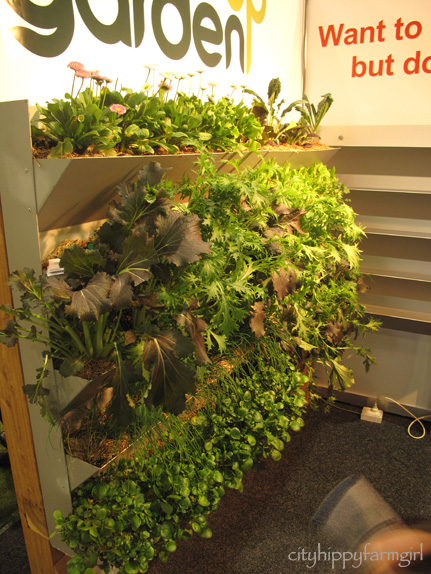 Garden Up which I absolutely loved. As a inner city renting girl. This vertical garden has possibilities… definite possibilities.

While I enjoyed going and certainly didn’t come away empty handed, there was a teeny tiny bit of disappointment that there wasn’t ‘more’.

It did feel a little sterile in there, and I really think some of the components could have been a bit more engaging. Pockets were wonderful, but still… I wanted that bit more. There is nothing I like more than being able to talk to the people behind the company finding out all the little details of how they started, where they source their ingredients or supplies, and where they are based. A generic “organic” labelling, isn’t good enough for me as I want to make a decision for a purchase based on a whole bunch more components.

It would also be great to see more locally based companies there. More sustainable living ideas, and things like that. Maybe they were more prevalent on the traders only day, and in following years as the show becomes bigger, more local companies will be enticed to show off their wares.

I hope so anyway.

Over all a happy morning out and now have a few new things to play with as well.

Mmmm, now what goodies shall I make with that black tahini?

Edit- Adding a few details about the Good Fish tuna that is pictured. It’s hand filleted skipjack tuna caught on one hook and one line. Which is much more sustainable than most commercial tuna catching methods. In Australia it’s imported through Olive Green Organics, through their site if you go to Brands, Good Fish and Stockists you should be able to find if it’s near you. Other countries, perhaps try contacting this same company and they could possibly point you in the right direction?

Alternately Fish 4 Ever is another company that does sustainably caught tuna as well.