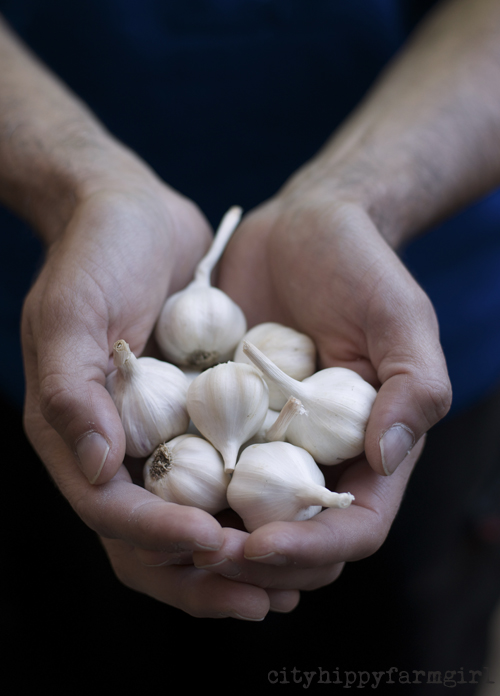 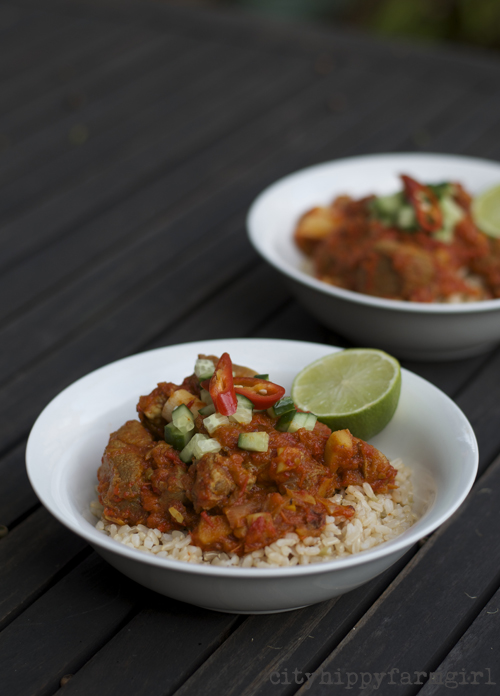 You’ll probably never find me getting nostaligic over a medium rare steak. It’s unlikely I’ll be looking forward to a dinner of sticky ribs. And just quietly I think roasted lamb tastes like a shearing shed. Meals round these parts are mostly vegetarian, and I like that.

However, just occasionally I feel like something, just a little something on the meatier side- heavily doused in a heady aroma of spices mind you.

Now goat isn’t my normal choice, but I’d made a curry before from it and had really liked the results. My slight, ever so slight issue with making a curry was local spices. Yes, there really wasn’t any. Could I get enough of a curry like taste from the fresh ginger, garlic and turmeric?*

Yes, I could. Combined with the roasted tomatoes and capsicums- which had intensified their flavours in the oven, it really was quite flavourful. The lime gave an added zing to it, and I quietly high-fived myself for keeping it all local, while still making a curry.

One thing that did come about from cooking this dish was my absolute respect for the ancient spice trade. No wonder they were traded like gold. (A new found respect for moderately sized spice rack too.)

*Next time I also know where to source some local curry leaves. 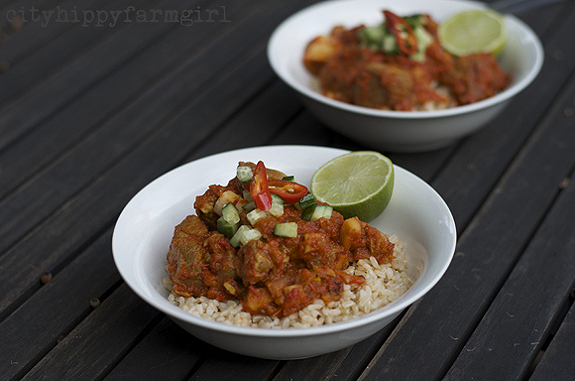 Finely chop, garlic, ginger, turmeric. Pop into a large pot with the chopped goat meat and brown the meat, then turn the pot off. Meanwhile roast tomatoes and capsicum in the oven. Once these are done and roasted, process them in a hand mixer or something similar and pour the mixture into the meat pot. Add a little water, and slowly cook on a low heat until the meat is soft and coming off the bone.

Serve with local rice, chopped cucumber, chilli and a squeeze of lime.